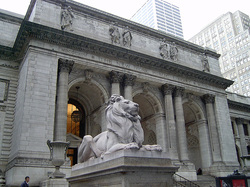 
The Gettysburg Chronicle is more than just a series of books, it is a source of information on the Battle of Gettysburg and the campaign surrounding it.  You can read our facts through facebook and twitter.  Now, starting on December 16th, we will be having book reviews bi-weekly.  If you are interested in having your book reviewed, please contact us through our email and we will be happy to review it for you.  We are willing to review any work on the Battle of Gettysburg or any unit or person involved in the battle.  When we say that we will review any work, that means those of you have "Self Published" or published through a publishing house.  The review will be posted on amazon and goodreads as well.  Keep your eyes on our review section!

Volume 5: A Recurring Nightmare was published by CreateSpace in August, 2013. Copies are available at www.amazon.com for purchase. Libraries interested in copies of the book may contact me directly or purchase them through Baker and Taylor. After a several successful library talks I am looking forward to doing more talks in the upcoming months, especially with the 150th Anniversary of the war through 2015. If you are interested in having me at your library or organization, please contact my wife and manager Jenn Bartlett at jbartlett@cheshirelibrary.org.

Please visit these library's websites to register to attend or call their main lines. I look forward to seeing you there. I will have books with me for purchase and will be available after my lecture to sign.

The Reminder News interviewed me after giving my Female Spies in the Civil War talk:
http://www.remindernews.com/article/2013/04/16/author-and-historian-discusses-role-of-female-spies-in-civil-war

The Meriden Record Journal featured my wife and I after Jenn won a grant for Civil War programming at the Cheshire Public Library:
http://www.myrecordjournal.com/cheshire/article_1b41bb6e-f70d-11e1-bed5-0019bb2963f4.html

The Rare Reminder interviewed me after my presentation at Guilford Smith Library, part of the Connecticut Author Trail, on August 2nd. Read the article:
http://www.remindernews.com/article/2012/08/06/connecticut-author-shares-his-passion-for-american-history

I was quoted in the Sunday, April 10th, 2011 edition of the Meriden Record Journal for the article on the 150th anniversary, Check it out:
150th Anniversary of Civil War's start is a learning opportunity * Dan Ivers
In 1950, a 10-year-old Bob Cusano was on a bus from Southington's Holcomb Elementary School to his Academy Hill home when he decided to get off early. Hopping out on Main Street in front of the old library, he ventured inside and eventually wandered among the stacks to read history books.

After numerous return trips, a librarian handed him a small red book by Stephen Crane titled "The Red Badge of Courage" the story of a very young Civil War private who overcomes crippling fear to eventually become a hero on the battlefield.

"I could relate to that," said Cusano, who has since served as president of the town's Historical Society. "It was an exciting period. I would have loved to have been with Custer. It was death at every turn."

The book would ignite a lifelong passion for the Civil War era that is hardly unique. Cusano has been running a Civil War exhibit at the Historical Society's museum since February, and other area enthusiasts will have their fervor on full display this year to commemorate the 150th anniversary of its beginning.

On Tuesday morning, the cannon at the Capitol building in Hartford will be fired to mark the anniversary of the first official battle at Fort Sumter, in South Carolina, and more events are planned for the following weekend at Central Connecticut State University and Stanley Quarter Park, both in New Britain.

The sesquicentennial of the war will take Bob Beeman to various hallowed grounds where major battles were fought - Gettysburg, in Pennsylvania, and other sites in Virginia and Maryland. The 63-year-old realtor and Meriden resident is also a serious Civil War re-enactment enthusiast who plays percussion in the Second South Carolina String Band.

Beeman is a longtime history buff who has been active with both American Revolutionary War and Civil War re-enactment groups.

"It's a love of a subject that's not being covered anywhere near as much as it should be," he said. "It's been said too many times, but I think it's a truism: You can't really appreciate what you have and get a sense of where you're going unless you know where you've come from."

CCSU history professor Matthew Warshauer, who helped organize much of the commemorative weekend at the university later this month, said that many residents are unaware of just how large a role Connecticut played in the war. A full 47 percent of men between 15 and 50 fought between 1861 and 1866, and at least one fought in every major engagement. Among black men living in Connecticut at the time, 78 percent took part.

The state was also home to numerous firearms and gunpowder manufacturers, textile mills and shipbuilders that helped provide materials for the Union army.

For many enthusiasts, the connection to the war is family history, while others are simply drawn in by its significance to our national history.

Matt Bartlett, a Meriden native and church music director who has also had a pair of books on the war published, said his appreciation for the war began during his first trip to Gettysburg. He is scheduled to participate in a discussion about his second book, "The Gettysburg Chronicle Volume II: A Drastic Change in Command," as part of a series of discussions on Civil War-themed books at the Cheshire Public Library on Thursday.

"I think we can learn more about it. This is a great opportunity for the state to get a better grasp on what the Civil War really was about," he said. "We think about dates and names of battles, but we never focus on what it did to our society."

Warshauer said the sesquicentennial may present a rare opportunity for the country to confront one of the most violent and divisive eras in its history more than it has before. He recalled that the 100th anniversary of the war occurred during the civil rights era in the 1960s, when racial inequality was still a fact of life in many areas.

"The centennial in the 1960s revealed to us that we hadn't come very far at all (as a society)," he said. "In the last 40 years, I think we've come a long way in terms of facing issues of race. This commemoration can be particularly important, because it is an opportunity to engage race and slavery squarely in the face."